A Healthy Environment for
Future Generations 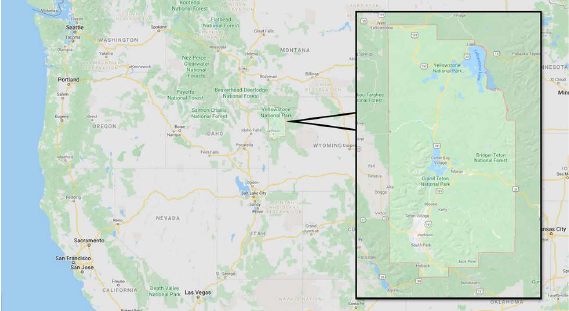 Teton County, located in the state of Wyoming in northwest of the United States of America (U.S), is also known as the tourism destination Jackson Hole. The region encompasses 10,919 square kilometers including all of Grand Teton National Park, 40.4% of Yellowstone National Park’s total area and three ski resorts. These parks are part of the Greater Yellowstone Ecosystem (GYE) one of the last remaining large, nearly intact ecosystems in the northern temperate zone of the earth.

Yellowstone National Park was the first national park in the U.S. and is also the first national park in the world. It spans an area of 8,983 square kilometers and is in three states – Wyoming, Montana and Idaho. It comprises lakes, canyons, rivers and mountain ranges, including Yellowstone Lake, one of the largest highelevation lakes in North America. The park was named a UNESCO World Heritage Site in 1978. It is known for its abundant wildlife or megafauna – moose, grizzly and black bears, wolves, bison and elk live in this park – and its many geothermal features (half of the world’s geysers and hydrothermal features are in Yellowstone).

The year-round population of Teton County is approximately 23,500 and during the summer peak months the population grows to almost 68,000. Annual visitation to Teton County is over 4 million domestic and international overnight visitors and generates US$1.23 billion in annual revenue.

We selected EarthCheck’s Sustainable Destinations program due to it being the longest running and most rigorous certification process we could find. 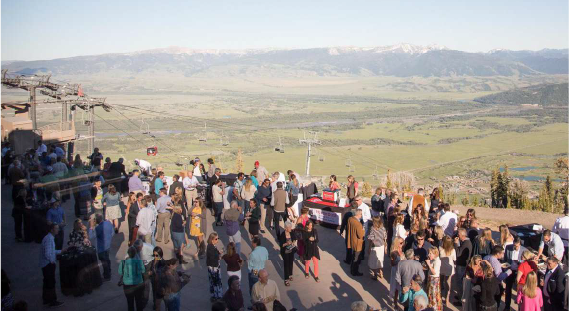 In 2012, Teton County participated in the Global Sustainable Tourism Council (GSTC) Early Adopters Program for Sustainable Destinations. The GSTC’s concluding remarks were that “Teton County more than any other place in the world had the potential to become a leader as a sustainable destination”.

One of the most important findings of the Early Adopters assessment was that, despite a plethora of stakeholders working with the best intentions to increase the sustainability of the County, there was no coordination or unified approach towards shared goals and international standards for sustainability. Therefore, in 2014 the Jackson Hole & Yellowstone Sustainable Destination Program (the Program) was established by the Riverwind Foundation. One of the primary objectives of the Program was to achieve thirdparty certification within five years.

The purpose of seeking certification was to guide and drive sustainability innovation and improvement with Teton County’s business, government, and nonprofit stakeholders and the overall community.

When it came to selecting a certification program, “We selected EarthCheck’s Sustainable Destinations program due to it being the longest running and most rigorous certification process we could find” said Timothy O’Donoghue, Executive Director at the Riverwind Foundation and EarthCheck Destination Coordinator.

Teton County more than any other place in the world had the potential to become a leader as a sustainable destination.

Certification with EarthCheck: Challenges and Results

Teton County’s vision was established by the community in 2012 and continues to be embedded today in the Destination’s Sustainability Policy:  “To preserve and protect the area’s ecosystem in order to ensure a healthy environment, community and economy for current and future generations.” Given the number of government bodies [1] and critical stakeholders managing the natural and cultural resources of Teton County, one of the main challenges faced was creating an overarching Destination Sustainability Policy that adequately balanced the complex needs of each authority and stakeholder involved.  To achieve this, meetings were held with each of the community’s 10 elected officials to engage them with the process, to build understanding of the EarthCheck Sustainable Destination Standard and to foster buy-in and cooperation for the journey ahead. In addition, key stakeholders were introduced to opportunities for environmental, cultural, social and economic (ECSE) outcomes, while specifically addressing tourism activity and tourism development issues. EarthCheck’s Sustainable Destinations program is designed to empower local communities to take ownership of sustainability goals and build on local initiatives. The program has a strong emphasis placed on culture as an aspect of place management as well as targeting important social concerns such as education, human rights and the contribution of a destination to building social capital and management of community services. Economic concerns addressed in the program include employment conditions, support of local economy, use of fair trade goods and services, and recognition of the seasonality of tourism revenue – all contributing to the alleviation of poverty in the destination.
[1] Teton County, Town of Jackson National Park Service (Yellowstone and Grand Teton NPs), National Forest Service (Bridger-Teton and Caribou-Targhee NFs), US Fish & Wildlife Service (National Elk Refuge), Wyoming Game & Fish (elk feeding grounds) 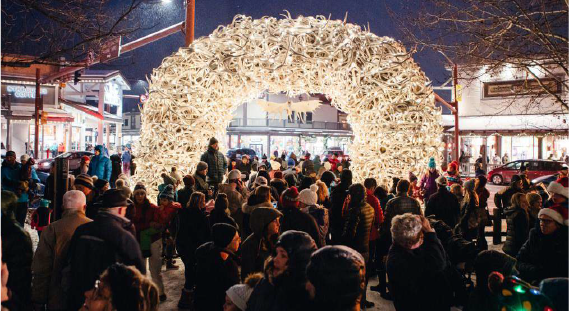 The EarthCheck Destination Coordinator organized and coordinated a core team of six volunteers (the Riverwind Foundation’s Destination Certification Team) who collected data and supporting documentation from 44 individuals and 16 partnering organizations. The team researched, gathered, and uploaded plans, policies, data, reports and other information related to sustainability into a cloud-based platform with a master index organized according to the EarthCheck Benchmarking Indicators for destinations.

The result: the most comprehensive library and database of sustainability related information ever created for Teton County.  This library and database is now publicly available to any individual or organization that is searching for current and historical sustainability documentation and data. This database enables the community to share knowledge, resources and enhance capacity based on shared goals.

The accumulated volunteer time totaled 846 hours and the Riverwind Foundation has maintained all original volunteers and even grown its dedicated team! Whilst it was a timely process to gather the relevant documentation, the engagement from the community during this time not only supported the required processes from a certification perspective, but also achieved buy-in to the broader sustainability goals and objectives for the region and created momentum across the region. This was a critical step.

The EarthCheck process helped to create a greater awareness of and engagement in our community’s sustainability issues, activities, and status as an international travel and tourism destination.

Through stakeholder meetings and engagement with EarthCheck’s Destination Coordinator, a policy was developed that effectively balanced the needs of stakeholder groups. This was acknowledged and signed by the Mayor of the Town of Jackson and signaled a milestone in the progress towards certification.

As part of the program, Teton County is required to measure, monitor and make ongoing improvements in the key performance areas outlined below:

Land use planning and development

Teton County’s GHG emissions were steadily on the rise since 2009, largely due to increased local and visitor transportation. Nonetheless, the Jackson Town Council approved a resolution to reach net zero emissions by 2030. To achieve this, the destination is planning to move away from single occupancy vehicles and implement an integrated transport system that allows for ridesharing, walking and biking. A local private sector organization called the Jackson Hole Climate Action Collective was established in 2019 to support this goal.

Over 90% of electricity to Teton County comes from renewable sources, which includes 10.5% from certified renewable energy. The local energy cooperative, Lower Valley Energy, has joined with local government to establish Energy Conservation Works, a joint powers board that conducts energy efficiency and conservation programs, and promotes the use of green energy to residential and commercial consumers.

Yellowstone-Teton Clean Cities is an organization that promotes the use of alternative fuels for vehicles and transportation. Teton County is planning to reduce energy usage by 40% by the end of 2020.

Over 90% of electricity to Teton County comes from renewable sources, which includes 10.5% from certified renewable energy.

Although the supply of highquality freshwater sources is abundant in Teton County, potential climate change impacts require community wide water conservation programs and strategies. A coalition of conservation organizations named Protect Our Waters was created to advocate for clean water policy and programs, including resident education and septic system improvement initiatives. The goal is to reduce energy usage from water use by 20% by 2020.  More qualitatively, the goal is to reduce nutrient pollution to improve quality of waterways.

The Jackson Town Council and Teton County Commissioners approved a resolution in 2014 for Teton County to be a Zero Waste Community.

In addition, Grand Teton National Park partnered with Subaru and the National Parks Conservation Association in the Zero Landfill Initiative. Integrated Solid Waste & Recycling coordinates the solid waste management facilities and programs of the destination, including the initial community composting facility. Teton County’s goal is 60% diversion from the landfill by 2030.

This organization or council shall oversee the development and implementation of the destination management plan that prioritizes environmental stewardship and social responsibility and responds to the sentiments of residents and visitors.

What’s Next for Teton County?

In addition to the goals cited above: the establishment of a destination management organization – Destination Stewardship Council – consisting of representatives from diverse segments of the community. “This organization or council shall oversee the development and implementation of the destination management plan that prioritizes environmental stewardship and social responsibility and responds to the sentiments of residents and visitors”, continued O’Donoghue.

Communication of sustainability credentials since tourism operators have a great opportunity to engage with the millions of visitors who pass through the region annually. Ensuring that this story is shared is an important part of the sustainability journey.

Working with our key stakeholders to not only apply a sustainability focus to the County, but also to tourism businesses individually. Utilising the skills and knowledge we have learnt through the certification program to build capacity among our operators, build resilience into the destination, and realize Teton County’s vision to be a worldleading sustainable community and destination. 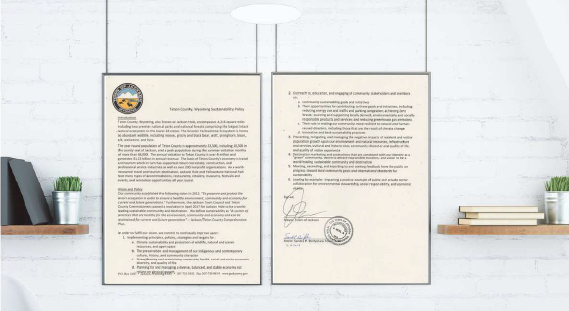 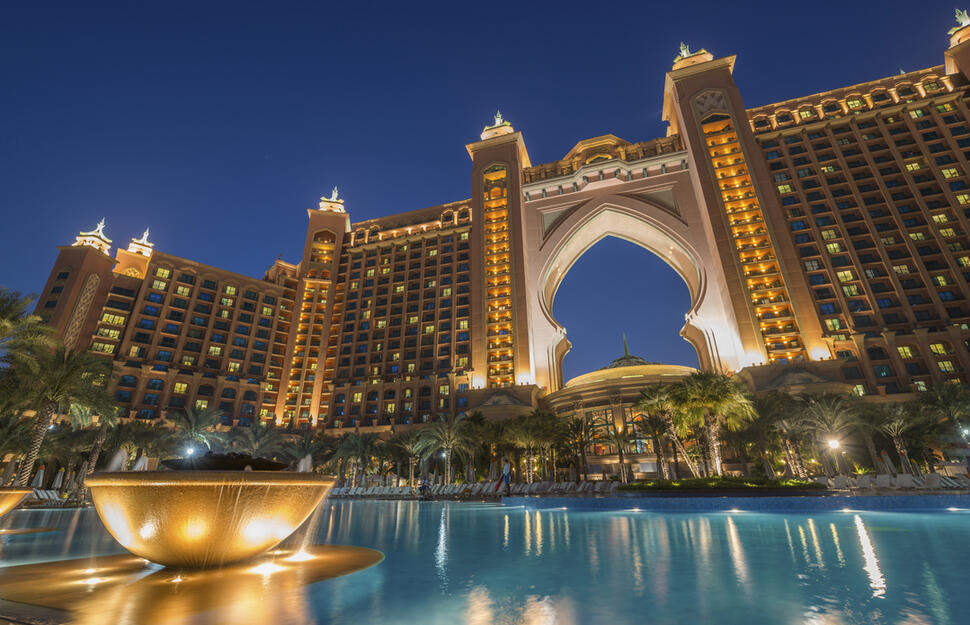 Luxury that lasts: How Kerzner International embeds sustainability into its resorts and residences 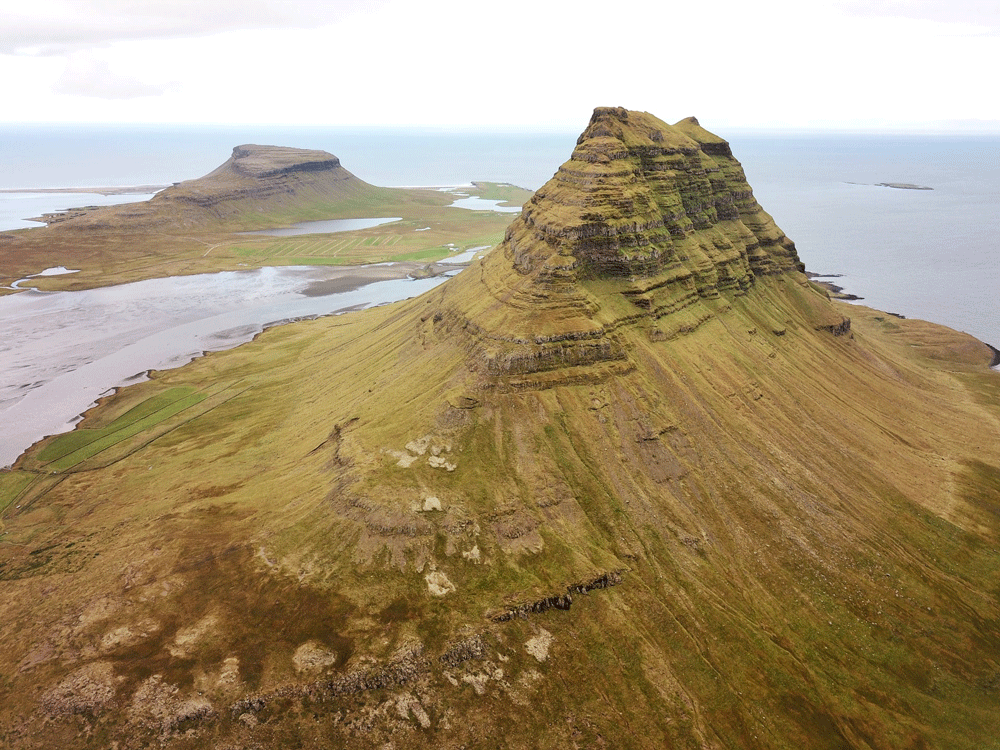 Snæfellsnes Peninsula: Iceland in a Nutshell.

Science-backed sustainability solutions for tourism,
delivered by the experts.